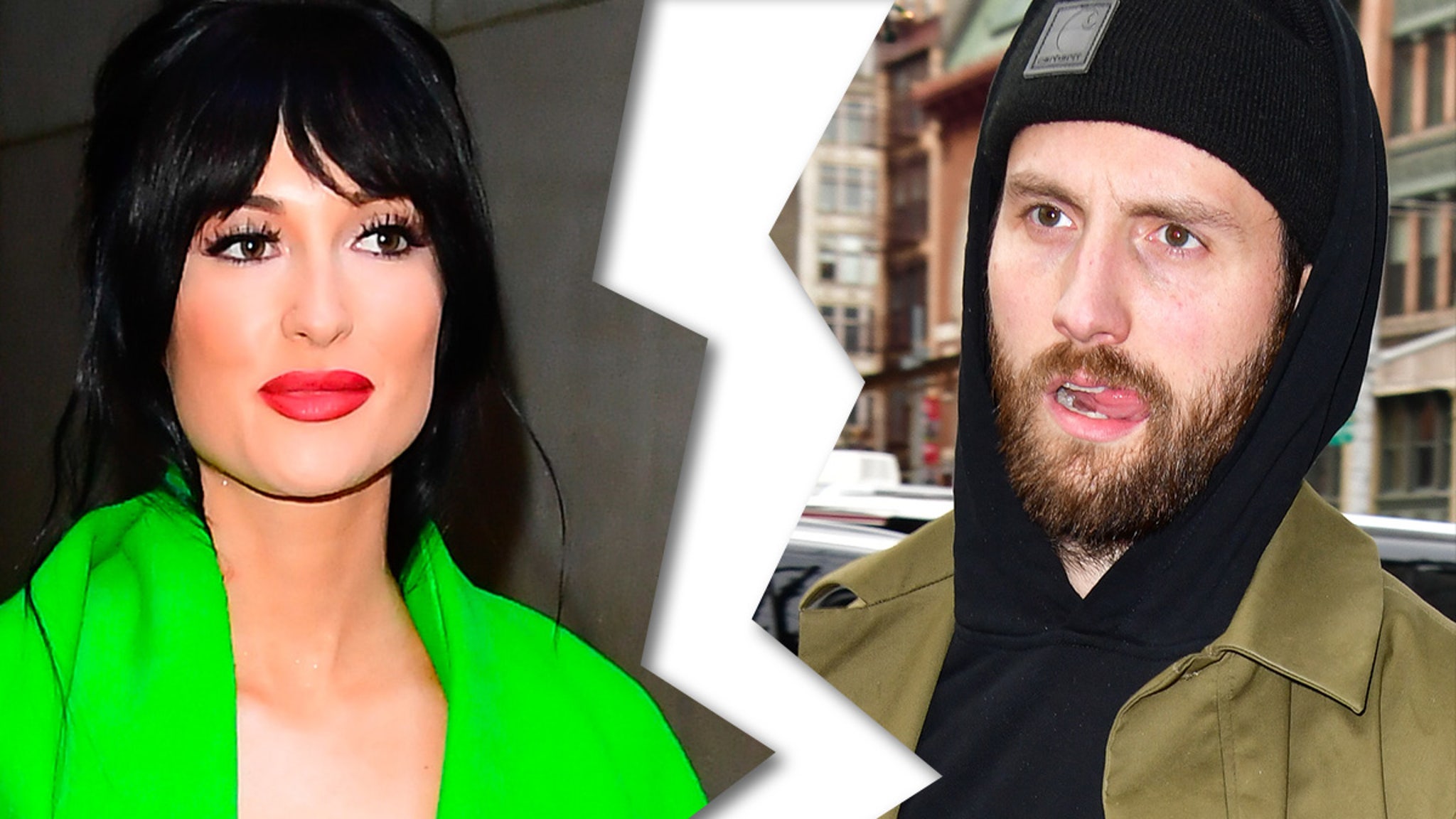 Kacey Musgraves‘ marriage to her singer-songwriter husband was less of a slow burn and more of a flame that went out quickly … she’s getting divorced after 2 1/2 years.

The Grammy-winning country star and musician Ruston Kelly have filed for divorce — according to reps for both singers — and say they’ve “made this painful decision together.”

Kacey and Ruston released a statement to AP saying … “With heavy but hopeful hearts we wanted to put our own thoughts into the air about what’s happening. These kinds of announcements are always met with scrutiny and speculation and we want to stop that before it even starts.”

It continues … “We believe that we were put into each other’s lives for a divine reason and have both changed each other infinitely for the better. The love we have for each other goes far beyond the relationship we’ve shared as husband and wife. It’s a soul connection that can never be erased.”

The exes add that the decision to divorce is a “healthy decision that comes after a very long period of trying the best we can. It simply just didn’t work.” They say they will remain true friends.

The couple wed in October 2017 in Tennessee, after meeting in Nashville in early 2016.

There were signs things were on the rocks as early as November 2019, when Kacey brought Gigi Hadid to the Country Music Awards as her date. The following month, Kacey removed her wedding photos on Instagram and Ruston did the same.

Kacey and her husband are the latest celebs to call it quits on their marriage during the days of quarantine … following Jay Cutler and Kristin Cavallari, Kelly Clarkson, Dr. Dre, Christina Ricci and just earlier Friday, Jennifer Grey and Clark Gregg announced they were a couple no more.

Ted Lasso Premiere Review: The Lasso Way
Why Seth Rogen Was Totally On Board With An American Pickle Going To HBO Max
R. Kelly’s Alleged Associates Charged with Harassing, Intimidating Witnesses
A ‘Clueless’ Series Reboot Is Coming to Peacock, and It’ll Be Centered on Dionne
Could Coming To America 2 Be Heading To A Streaming Service?