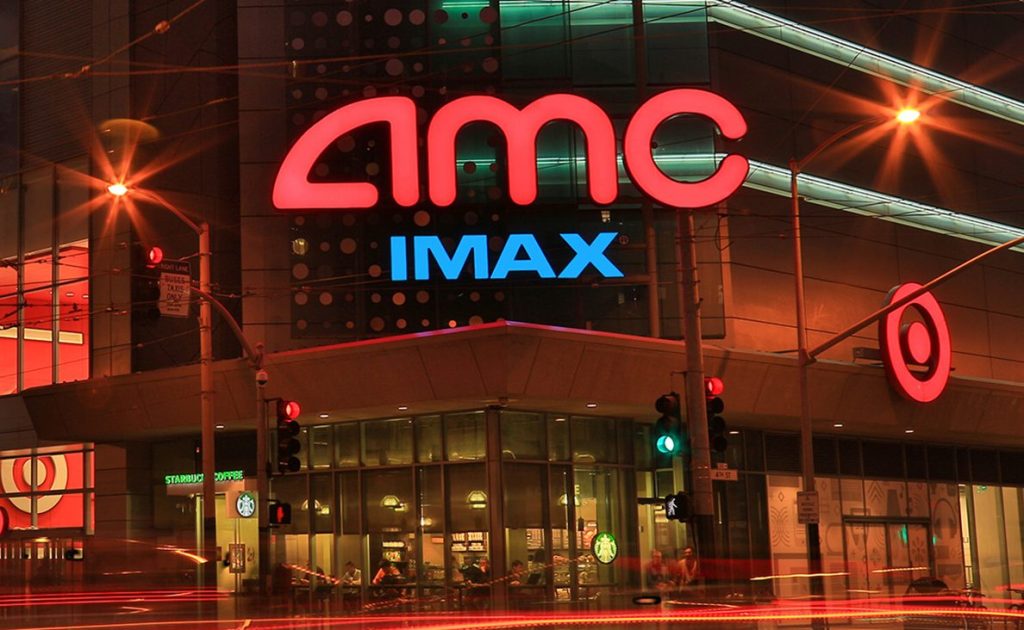 Movie theater stocks were mixed Friday as the industry absorbed shock waves from Warner Bros.’ window-smashing announcement the day before when the cinema group collectively plunged by double digits.

The smaller, publicly-traded U.S. chains have lower debt and are in better financial shape. Third- and fourth-ranked circuits Cinemark and Marcus both rose by more than 8%. Imax gained nearly 4%.

But AMC Entertainment, the largest and most indebted of the group, extended losses, closing down 3.4%, off its low for the session but extending a hefty 21% drop on Thursday. AMC yesterday filed to sell up to 200 million shares to raise desperately needed fresh cash.

The broader Dow Jones Industrial Average closed up 0.83% in a mildly positive session on hopes that a glum November jobs reports this morning will prod Congress to pass an economic stimulus package (that could possibly include aid to theaters). The Bureau of Labor Statistics reported 245,000 net new jobs created last month, half the number economists had anticipated. Some 10 million people are still out of work, with federal unemployment and other benefits set to expire at year end if Congress doesn’t act.

WarnerMedia parent AT&T was up 1.08%. The studio said Thursday its entire 2021 film slate will debut on HBO Max day-and-date with cinemas domestically. Theater stocks fell an average of 15% from their daily highs after the news.

Analyst Eric Wold of B. Riley in note today — that not everyone would agree with — called that drop an “overreaction” and said he ultimately believes the impact on exhibitors will be less than investors initially feared. The industry “needs to adapt to a new normal,” he said, but “we believe this can be done in a way that is incrementally beneficial to both exhibitors and studios alike.”

Major chains made it clear they will insist on favorable terms. Wold said he thinks the balance of power could shift back to exhibition midway through next year as a vaccine helps drive moviegoing. “Given the significant sunk costs associated with production and marketing around each film, we could see increasing pressure on Warner Bros. to abandon or meaningfully modify this new strategy,” he said.

Warners has called the move a temporary response to Covid-19, and a way to drive subscribers to its new streaming platform. AT&T CEO John Stankey said Friday it could throw a “lifeline” to movie theaters, which he said will be assured “a role” in the entertainment business beyond the pandemic.

Analysts Craig Moffett and Michael Nathanson of MoffettNathanson think it be really hard to shift things back once the window is collapsed. It’s true that theaters may not like the terms and may refuse to play the films. However, given the difficult financial position they are in, “We think it will be hard to hold the line in maintaining an exclusive theatrical window. Yet, by agreeing to day-and-date releases for Warner Bros., theater owners will flash a green light to every other studio with an SVOD platform to at least try this.”

It’s all made Wall Street more curious than ever about what Disney is planning to announce at a four-hour investor meeting set for next Thursday. Disney shares were up 0.61%.

Imax CEO Urged Paramount Not To Move ‘Top Gun: Maverick’: “They Just Wanted Perfect Conditions Around It”
So Is Vincent D’Onofrio NOT Returning as Wilson Fisk?
11 Cable-Knit Pieces You Need for Fall
Octavia Spencer Apologizes To Britney and Sam Over Prenup Warning
As Rumors Swirl About New Pirates Of The Caribbean Project, Fans Have Thoughts About Johnny Depp