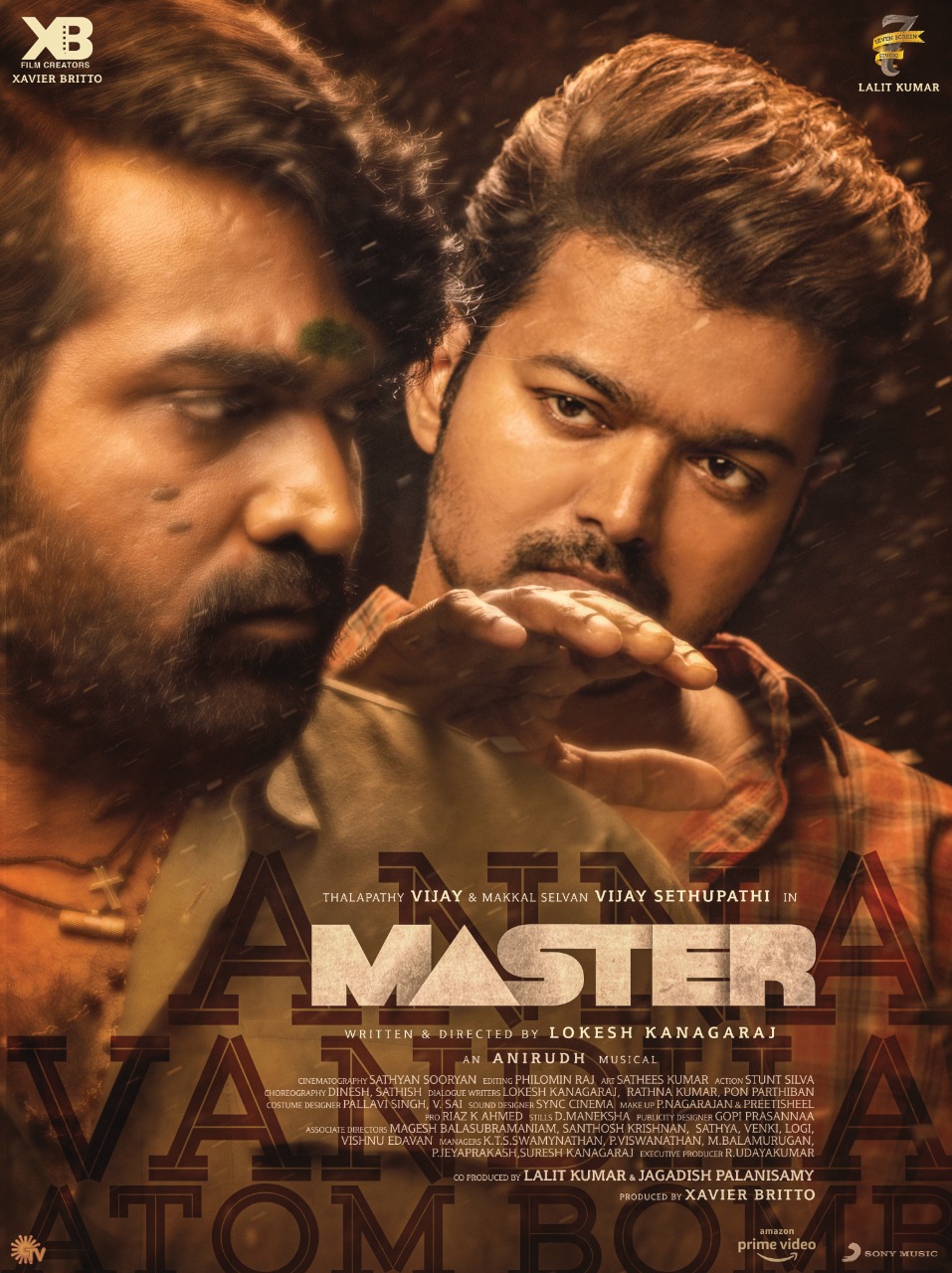 Master, the highly-anticipated Tamil action thriller from director Lokesh Kanagaraj, has gotten off to a strong start at India’s box office and in other markets where it’s playing worldwide. Meanwhile, a Hindi remake of the Vijay and Vijay Sethupathi-starrer has today been set by Endemol Shine India, CINE1 Studios and 7 Screens.

Hopes have been pinned on the film to help revive the Indian box office after a long lockdown period; it’s the first major homegrown title to hit cinemas since the start of the pandemic and is releasing during the harvest festival holiday.

Gross box office on Wednesday in India was at about Rs 42 crore ($6.3M), according to local reports. It is performing particularly well in Tamil Nadu, the southern state whose capital is Chennai.

No matter what they say! 😎

25 crores + in less than 24 hours at the box office in Tamil Nadu 🔥#MasterTheBlaster #MasterPongal #Master pic.twitter.com/r1GQlC22z9

Given India’s varied states and means of reporting (gross vs net), clear numbers on films there are notoriously difficult to cull, and so early estimates come with a caveat. That’s particularly true when a movie is released in four different language versions, as is the case with Master (Tamil, Telugu, Kannada and Hindi). We’ll update with more as the dust settles throughout the coming days.

Master is also playing in Australia, New Zealand, Singapore, the Middle East and the U.S. In the latter, the two-day gross is about $150K. In Oz, the gross through Thursday is a reported $294K. On opening day in the UAE, the movie took $475K, and through Thursday was approaching $800K at No. 1. It’s also No. 1 in Singapore with about $160K from two days.

Reactions to Master have been largely positive, including in the north of India which debuted the film (locally titled Vijay, The Master) on Thursday.

That’s where Endemol Shine India (a Banijay company) will produce a Hindi remake with CINE1 Studios and 7 Screens. The companies will begin casting soon. Says Abhishek Rege, CEO Endemol Shine India, “Master is a brilliant movie with masterful performances and a powerful narrative that resonates with audiences across the country and will be remembered as turning the box office tide in the pandemic. We are incredibly proud to have acquired the rights to such a hot property. We look forward to recreating the magic of this film to captivate the Hindi audience.”

Murad Khetani of Cine1 Studios adds, “Master is a magnum opus that has already established its place in the country within a day of its release and has received tremendous response from the audiences. At Cine1, we always aim to support and deliver content driven cinema. Yet again, we are proud to present the film to the audiences in Hindi language.”