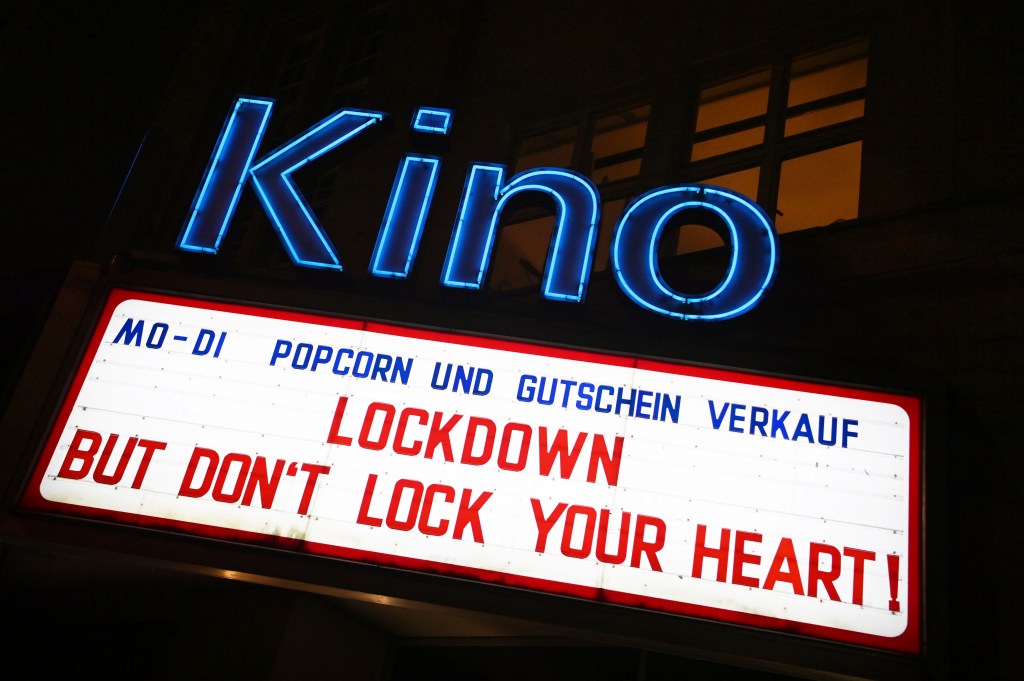 German Chancellor Angela Merkel on Wednesday extended Germany’s current lockdown to March 28, while also unveiling plans to relax certain Covid restrictions. Under a five-step process, cinemas may be able to reopen beginning March 22 at the earliest (this would be part of Stage 4). All will depend on the infection rate, and Stage 4 will only be reached 14 days after Stage 3 has been attained and the seven-day incident rate in any region is below 50 per 100,000 inhabitants. An emergency brake system will return regions to current lockdown levels if there are three consecutive days with an incidence rate above 100 per 100,000 people per week, local media reports.

Beginning Monday next week, Germany’s regions will be allowed to open non-essential shops. Museums and zoo visits will also be able to be booked. Two weeks on, if the infection rate is stable, that’s when movie theaters, outdoor dining and some indoor sports will pick up again. And two weeks from then, outdoor gatherings of up to 50 people will be allowed, again, all depending on the infection rates.

When cinemas reopen, protective measures are expected including capacity restrictions and the wearing of masks, though we hear that has not yet been clarified. Germany’s movie theaters have been shuttered since November when the country entered a second lockdown.

In the wake of Merkel’s announcement, Constantin Film chief Martin Moszkowicz tells Deadline, “Realistically, I don’t think we will be able to release our bigger titles before May or June.”

He does believe that smaller releases may be possible, but large-scale titles will be problematic. While Disney’s Raya And The Last Dragon begins theatrical rollout overseas this week, it is not scheduled for the European majors which are currently closed (UK, Germany, France, Italy). The next major studio movie is Warner Bros’ Godzilla Vs Kong which is eyeing late March.

Moszkowicz for his part believes that “just looking at the infection rate is wrong. Given that we will have tests in Germany for everybody from next week, the infection rate will never go down as much. And obviously Germany is very slow with vaccinations. I would have hoped for an earlier perspective, obviously with all the hygiene standards that were implemented by the theaters already last year. We are testing literally thousands of team and cast members on our shows every week and have been able to shoot without any major incidents.”

While there’s been a decline in Covid-related deaths, Germany is seeing an increased rate of new infections, as well as the percentage caused by the various variants. Merkel warned that there is a danger of a third wave. However, she noted that the spring of 2021 “will be different from the spring of a year ago,” aided by vaccines and testing.