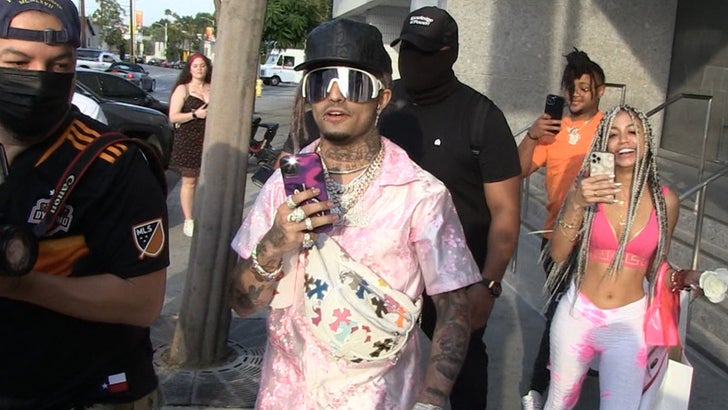 Lil Pump‘s not just throwing his support behind naming Migos to rap’s Mt. Rushmore … he’s anointing them the G.O.A.T.!!!

The “Gucci Gang” rapper and his entourage were in the middle of a serious L.A. shopping spree at A Bathing Ape, and we asked him about the whole “Mt. Rushmore” debate that went down last week.

ICYMI … the prominent hip-hop outlet, My Mixtapez, tweeted its Mt. Rushmore of Atlanta’s best. Shockingly, Migos was NOT on the list. Jeezy, Future, Rich Homie Quan and Lil Baby took the honors.

Since then … the omission has gotten attention from a lot of culture writers, including The New Yorker … which recently penned an article headlined, “Migos Would Like to Be on Rap’s Mt. Rushmore.”

So, why the diss from My Mixtapez? Takeoff reportedly said he thinks they’re being counted out because they’re a group, with Offset suggesting a quick fix — “It should be a little circle with all three heads like boom, boom, boom on that Mt. Rushmore, ’cause we done birthed a lot of this.”

FWIW … Migos thinks T.I., Gucci Mane, OutKast and Lil Jon also belong on the Mt. Rushmore of Atlanta’s greatest. But, Lil Pump is certain Migos should be right up there with them … regardless of being a group.

BTW … we also ask Pump if it’s true he bought a monkey, and the rapper not only has a hilarious way of confirming the rumor, but also revealed his pet primate’s unique name.